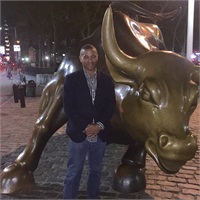 When I joined the financial services industry, I made it my mission to teach others how important it is to be financially balanced, live a disciplined lifestyle and avoid the pitfalls that intrude on a successful retirement. My philosophy is simple, “If you work hard and live a disciplined lifestyle then you have no other option but to be successful.”

Being born and raised in Fort Worth Texas, I received my BBA in Finance from the University of Texas at Arlington in 2011. Since that time, I’ve gained my Series 7, 63, 66 and Group 1 licenses.

Baseball has played a significant part of my life and taught me many of the disciplines I use in my practice today. I played NJCAA baseball at Grayson Junior College where we won two National Championships, and NCAA baseball at TCU. During 1999 - ­2000 I had the honor to be rated the #1 Junior College player by Baseball America and drafted by the Minnesota Twins. As a two-time All-American, I was then drafted and signed by the New York Yankees in 2001. During 2005 - 2006 I was awarded the New York Yankees Minor League Player of the Year and made my Major-League debut in June 2006. After playing Major-League baseball for the New York Yankees during the 2006 and 2007 seasons, I set out to take the disciple and practices I learned and apply them to the world of investing and advising others.

I’m blessed with a wonderful wife and son. For fun, family time is number one followed by physical fitness and continual education.